Emotionally Focused Therapy (EFT) is one my very favorite ways to work with my clients. Mostly, this approach is used with couples, but it can also be used with families and individuals.

Like the name implies, EFT zooms in on the feelings that take place behind the scenes. How many times have you had a conversation (or even a disagreement) with someone, and you had so many more thoughts happening? Have you ever realized that those thoughts are what put everything in perspective? 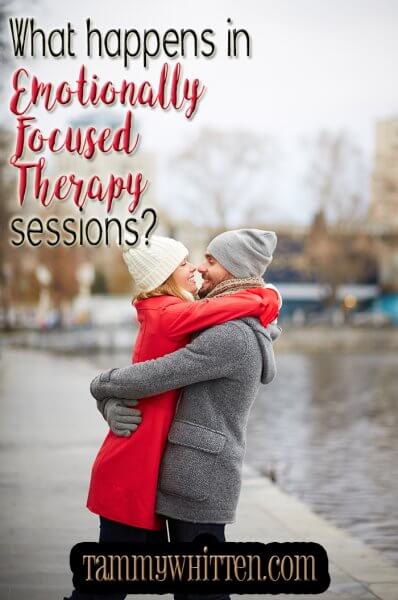 Let me give you an example:

Callie arrived home after a long day at work. Her head was throbbing. It took everything in her not to burst out in tears all day long. She was looking forward to unwinding with her family that evening with a movie on Netflix.

Callie tried to escape to her bedroom, but her husband followed closely behind her. Seeing her go in the closet to change clothes, he came up behind her and put his arms around her. Suddenly, Callie yelled, “Just leave me ALONE!”

Startled, he jumped back. As Callie looked up and saw the hurt look on his face, he walked out of the room. Callie felt awful. Fifteen minutes later, she came out of the room and darted to the kitchen, hoping that all was better now.

The next evening in the couple therapy session, John brought up the incident. “I feel like she never likes what I do. She doesn’t even want me around. How can I live in a house where she’s always yelling and criticizing me?”

The therapist turned to Callie and asked, “Last night, when John came up behind you, what was happening for you?”

“Well,” Callie replied, “I was exhausted. I’d had a terrible day at work. It was all I could do not to burst out in tears at work. I had a headache from holding in the tears. When I came in the door, everyone was attacking me.”

“You felt attacked when you came home?” asked the therapist.

“Yes,” said Callie. “It was a whole day of being attacked. It was terrible at work. I walked in the door at home, hoping to just unwind and forget it all. Then everyone was chanting at me. ‘Mom, mom, MOM!’ My head was about to burst from a headache.”

“So what was happening inside of you when everyone was calling for you to fix something for them?”

“I just had to get away. Everything felt like it was about to explode in my mind. I didn’t want to yell at anyone. I couldn’t even tell you what they were asking me. I just knew that I had to get out of there. So I went to our bedroom to change into some yoga pants, and John comes up behind me. As soon as he wrapped his arms around me, I thought he wanted sex. And I just couldn’t do it. I was tired. When I snapped at him, I immediately felt terrible. I turned around and saw the hurt in his eyes. And then I just wanted to disappear.”

“Oh, so you thought John was just another person asking for yet another thing from you? And you didn’t have it to give?”

The therapist turned to John and said, “John, what’s that like for you to hear how hard Callie’s day was?”

“I could tell she had had a hard day. Even without knowing that work had been hard, I could sense it. She didn’t reply to my text messages the way she usually does. She had this look on her face when she walked in the door. When she went straight for the bedroom instead of answering the kids, I knew something was wrong.”

“Wow. You knew she was having a hard day.”

“Yes, that’s why I gave her the hug from behind. I was just trying to let her know I cared. I wasn’t hoping for sex. I just wanted to tell her that I loved her.”

The therapist looked over and saw tears welling up in Callie’s eyes. “What’s happening right now for you, Callie? What are you feeling at this moment?”

“I feel like I failed John. Here he was trying to be there and I just pushed him away. I hate thinking that I hurt him like this. Having your spouse be there for you is what we all long for. And he was doing that- and I didn’t even see it.”

“Can you turn to John now and let him in on what happened at home and just now? Can you tell him how much that gesture means to you, now that you understand it better?”

Callie reached for a tissue, dabbed at her eye, and looked down for a moment. When she looked up again, she had tears streaming down her face. It took her a moment before she was able to say to John, “I am just at a loss. I say that I need you. I come at you and tell you that you don’t do the right things. And then you did it. You did just what I needed. But I didn’t see it. I’ve wanted it for so long that I thought it would never happen. But it did happen. You do know me. You could tell that I was just so tense. Had I known that all you wanted was to comfort me, I wouldn’t have reacted that way. I’m so sorry.”

The therapist then said, “Callie, what was that like to turn to John and to let him in a little?”

“It was nice. A little weird maybe. I’m not used to talking like that to him. I don’t think we’ve been able to do that very much at all during our 14 years of marriage.”

“It gave me hope. Maybe I am doing the right things.”

It’s those feelings that go on behind the scenes that help put things in perspective. As humans, we can’t read minds. We can only go on what people say and people do. When we don’t know why they reacted that way, our minds fill in the blank. What we fill-in in that blank isn’t entirely accurate. Often, it is based off of our worst fears instead of reality.

EFT therapists help couples to connect again by engaging conversations a lot like this one. Through practice in sessions and at home, couples are able to engage in conversations like this over and over. In fact, years after they stop going to therapy, these effects still linger behind, helping couples to feel deeper love and more understanding between each other. 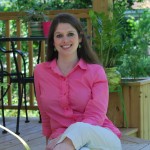 Hello! It's nice to connect! I’m Tammy Whitten and I'm a Licensed Marriage & Family Therapist. But once upon a time, I was a little girl, and I was scared of the dark, terrified of snakes, and sometimes I would … END_OF_DOCUMENT_TOKEN_TO_BE_REPLACED